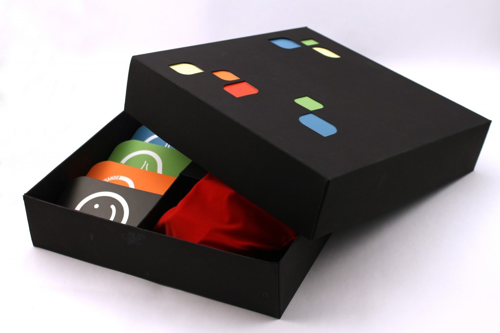 The Business Model Canvas has become a widely used tool in business modelling. Do we really need other tools?

The canvas is a great tool because it makes it easy to analyze business models. The canvas is also important in the sense that it is a common language for business modelling. But when you’re developing truly new models and your ambition is to come up with radically different ideas it’s not necessarily enough. That’s why we need tools to boost the disruptive and creative sides of the process. Let’s say that the canvas is a type of game board and you have to use a post-it to put down, to write your ideas and link them with the business model building blocks. It is a process that is centered on rationality.

Still, a lot of companies see the Business Model Canvas as a fair tool to generate new business models. From my experience, I believe it is a good starting point. A couple of managers and key informants in my research also endorsed this view. They told me stories about senior teams that have applied the canvas in their creative work with business models. The problem is that results may be good once, maybe twice, but after a few sessions they usually stopped using it. My take on this is that the canvas is simply too static as a tool, and once you’ve applied it to a certain business model it is really hard to apply it again. It becomes a kind of circular reasoning among managers. It doesn’t help to generate any “out of the box” ideas anymore.

How would you say The Idea Game BME differs from other business modelling tools.

I could sum it up using one word: Dynamic. You have the idea-cards that work as triggers that send your imagination into unexpected directions. And you also have competition elements, where you battle and defend your ideas alongside developing ideas that were generated by someone else. You have a process that will send you to a new direction every time.  No matter how many times you use it. There is much more experimentation going on, and you generate many more ideas.

What was your experience working with the game during the Business Model BUZZ event?

The task we were given was to develop a new business model for parking in a city center. After a short time using it we already had a lot of interesting ideas on how to use parking spaces in many non-conventional ways. What I really liked was how the idea cards quickly shifted focus from things we traditionally associate with parking to completely different things. Then we started to drill down into the idea we thought had more potential.

In the end of the session we were discussing about special parking infrastructure for electric vehicles, how to charge for this extra service, or even that those car drivers could eventually trade in energy to the grid. One thing I noticed was that when we were competing with the cards, we began to mix elements from various ideas and turned them into new ones. This opened up a lot of possibilities. I think tools like The Idea Game BME will have a great impact on business modelling because they add very creative elements to the whole process. I was very pleased to experiment, to test this tool earlier this year. The results have beaten my expectations.